John Frederick Abercromby had another vital role to play. Following his contribution to the creation of Worplesdon Golf Club in Surrey, he was appointed course architect at Coombe Hill. For weeks Abercromby walked the ground, measuring distances by eye, allowing his player’s intuition free rein as the course took shape in his mind. It is said he hovered over the landscape for hours, in a hot air balloon.

On May 30th, 1911 Coombe Hill Golf Club opened with a game played between Sir Arthur H. Paget K.C.B. and the Right Hon. A. J. Balfour MP. The Surrey Comet reported on the new course:

‘Seen in the brilliant sunshine of Tuesday, the opening day, the eye was met by scenes of sylvan beauty on every hand… The rhododendrons, so much a feature of the woods, are everywhere ablaze with colour. And the golf will test the best. There is nothing of the drawing room order about It should be a punishing course for the loose player and the man off his game. But that is only to say that it is such a course as will delight clever golfers.’

The Rt. Hon. Winston Churchill, then Home Secretary, was an early member of the Club. Herbert Henry Asquith, Prime Minister at the time, occasionally played Churchill, whilst another member of both the House and the Club, David Lloyd George, played Coombe Hill’s fairways and greens. As well as prominent writers, such as W. Somerset Maugham and Ian Fleming, the newspaper industry was represented on the Club’s rolls by Lords Northcliffe, Beaverbrook and Rothermere. Their Royal Highnesses the Prince of Wales – later to become Edward VIII – and the Duke of York, who reigned as George VI after his brother’s abdication, both played at Coombe Hill and were treated as ordinary members. 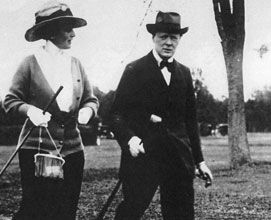 Coombe Hill was to play its part in the Second World War. Telegraph Cottage, situated in Warren Road, just behind the 14th tee, would soon become the secret hideaway of one of the war’s major players: General Dwight D. Eisenhower.

Between September and November of 1940 no less than 25 high explosive shells fell on or near the course. A pair of AA shells almost hit the Clubhouse, and the fifth, sixth and seventh holes also received a pounding from the Luftwaffe.

A stick of bombs straddled Kingston Hill and one of them found the thirteenth, whilst a 500-pounder pulverised the house immediately behind the third tee. A V1 Flying Bomb is thought to have caused a huge crater in front of the tenth tee. Post-war, the Club was in decline. It had only 60 or so members, and was losing money. The lease was owned by a widow who had recently lost her husband and the course was more than a little battered. The Clubhouse was also in need of some renovation.

Yet its finest hour was at hand. Its imminent sale attracted the attention of Mr Lou Freedman, a prominent Jewish businessman who with his friend Johnny Segal were determined to build a different sort of golf club. In those days there were very few leading golf clubs who were not highly selective about the ethnic or religious origins of their applicants. At the second meeting of the committee it was established that:

‘this club is open to anyone, of any colour or creed’.

If future kings and princes graced the Club in the 1920s, then the decades following the 1950s saw a different sort of nobility being attracted to Coombe Hill; stars from the upper firmament of show business.

However, it is the great golfers who have really been the celebrities of Coombe Hill and it proudly boasts no less than four professionals who became Open Champions: Arthur Havers, Alexander (Sandy) Herd, Henry Cotton and Dick Burton.

Sandy Herd was the Club’s first Professional. Associated with Coombe Hill from 1911 onwards, Sandy had beaten the phenomenal Harry Vardon in 1902 to win the Open Championship. Beating Vardon in those days, at the height of his powers, was no mean feat; Vardon was himself six times winner of the Open Championship between 1896 and 1914.

If Herd left behind a very large pair of golfing spikes to fill, the man that stepped into them was undaunted. Coombe Hill’s second Pro was Arthur Havers, a man with a lunging swing, a four-knuckle left hand grip, a corresponding right hand and a prodigious talent. Just before the First World War, Arthur qualified for the Open; at the age of only 16. Later he was to become a key member of the 1927, 1931 and 1933 Ryder Cup teams, but his defining moment came when he beat the legendary Walter Hagen in a stupendous match at Troon, to win the 1923 Open and deny Hagen the chance of becoming one of the very few players ever to win the Open in three consecutive years. 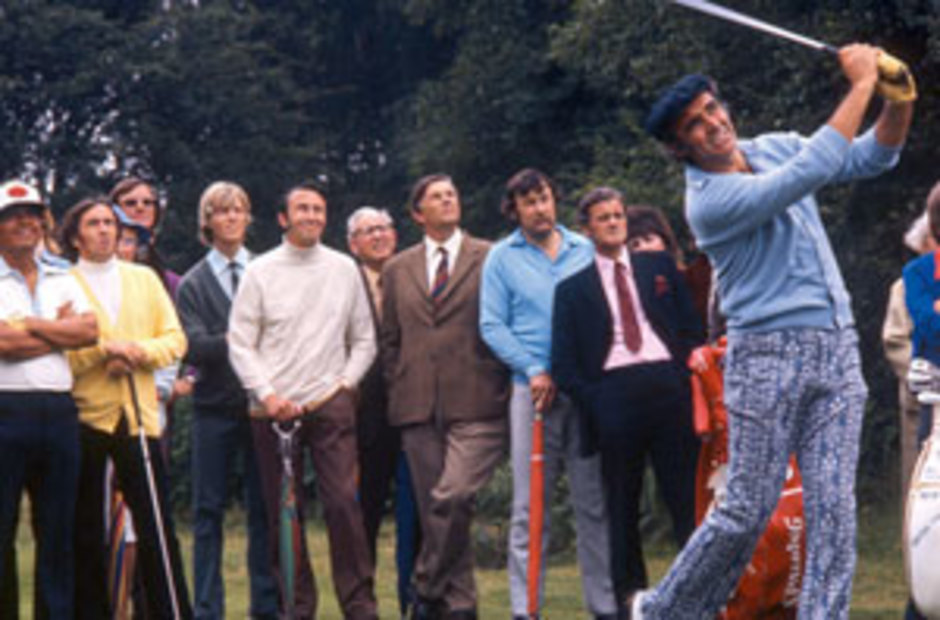 Sir Henry Thomas Cotton, KCMG and MBE loomed large at Coombe Hill immediately after the Second World War. He was the first Briton to win an Open since Arthur Havers. He was also one of the original golfing jet-setters, enjoying a flamboyant lifestyle fuelled by caviar, Champagne and a hugely successful professional career that began at the tender age of 17. Henry’s mantra was educated hands — it’s said he practised until his hands bled — and a swing powered by correctness of grip and strength of wrists and forearms. It was a mantra that led to success; Cotton won the Open Championship in 1934, 1937 and 1948.

But the star player whose character would, arguably, make even more of an impact at Coombe Hill was the man who won the 1939 Open Championship at St Andrew’s. Like many others, Dick Burton had his best playing years stolen by the need to defend the realm, rather than his Championship title.

However, he left a huge legacy in the many fine professionals that passed under his tutelage at Coombe Hill amongst them Neil Coles and Craig de Foy.

So there is no doubt the first 100 years of Coombe Hill have been full of drama, fame and extraordinary golfers. We look forward to a more of the same in the next 100. 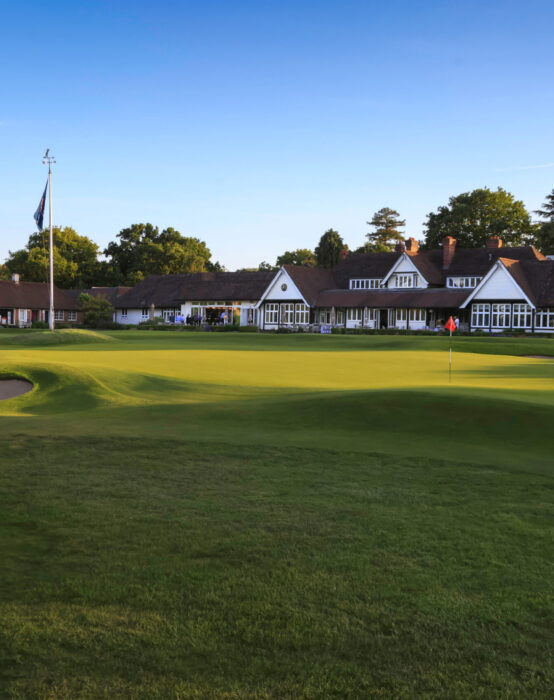 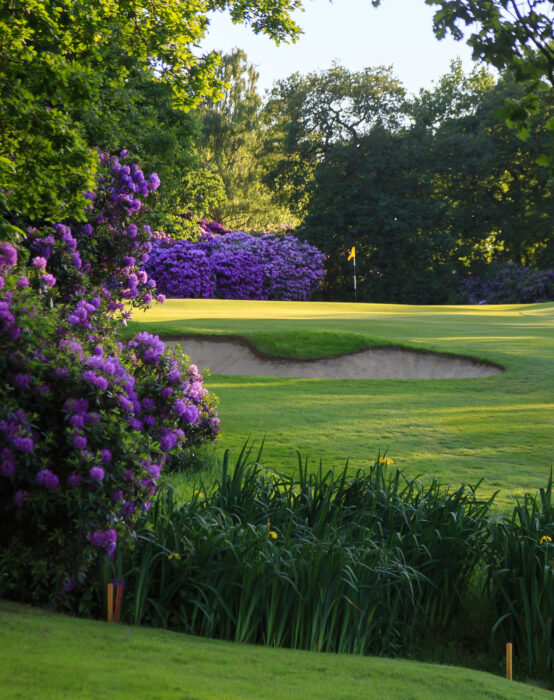 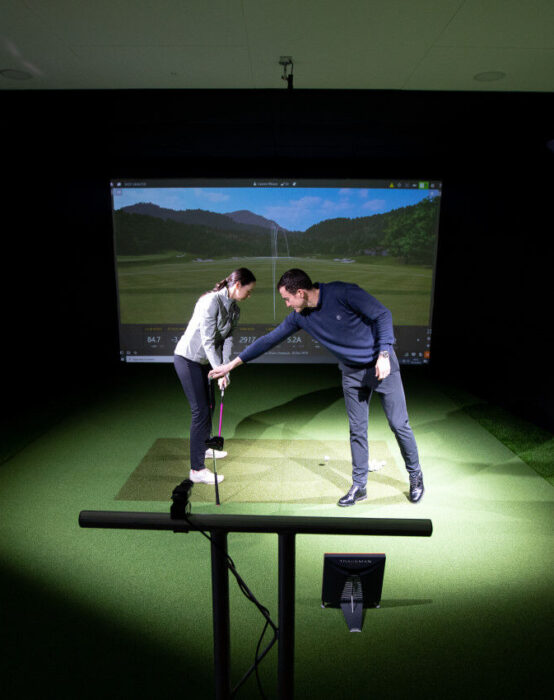